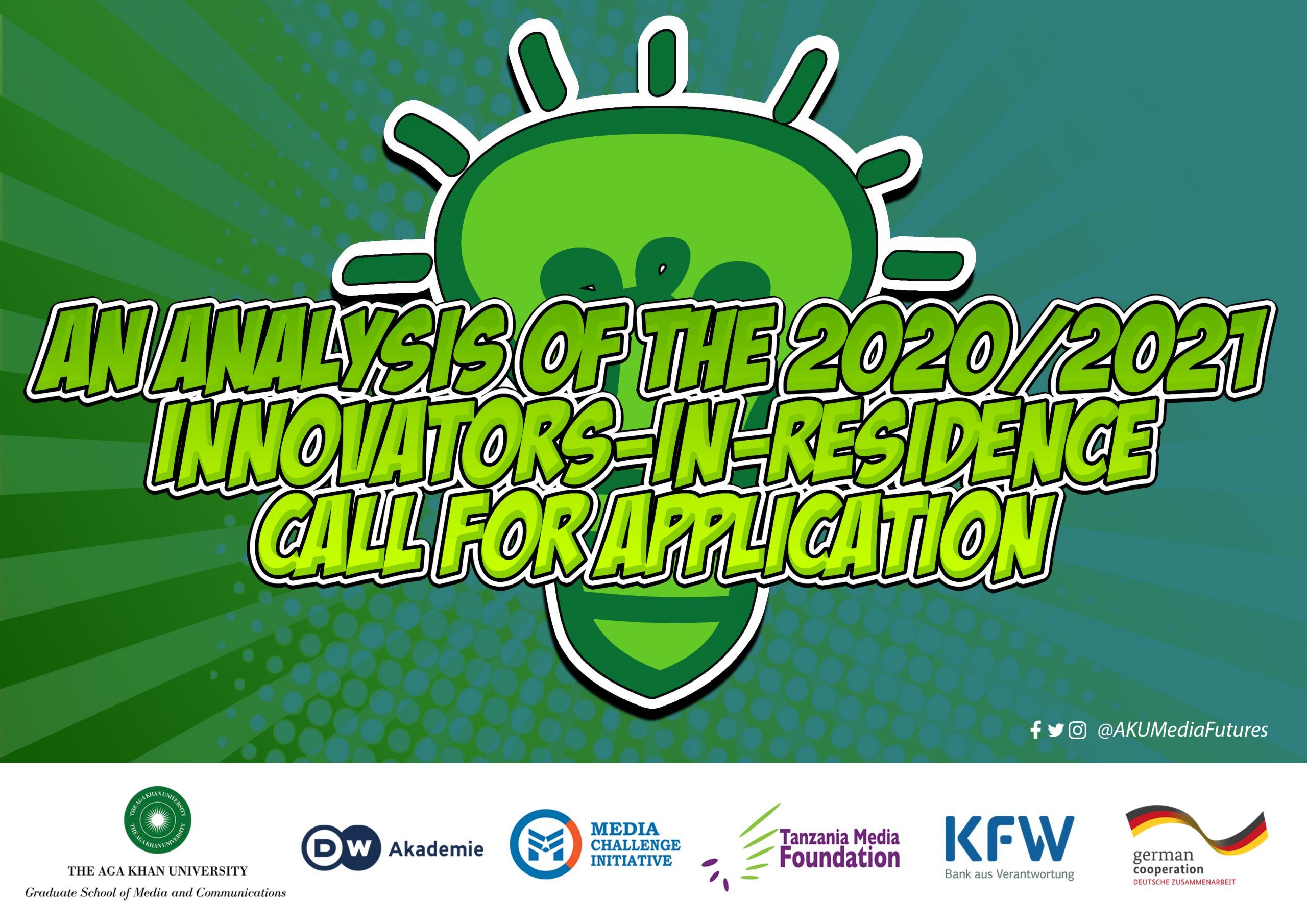 After a successful communications campaign, The Innovators-In-Residence (IiR) call for application for the second cohort attracted a total of 251 valid applications out of which only 237 were valid. Kenya registered the highest number of applicants at 130, followed by Tanzania at 55 applications and Uganda at 52 applications setting a great precedence for the future calls.

“We are very excited to kick off our residency with the inaugural EA cohort; The LAM Sisterhood from Kenya, ONA Stories from Tanzania and Minority Africa from Uganda. The three teams will join a 12-month residency that will provide them with mentorship, trainings, coaching and a $20,000 grant that will go towards equipping their start-ups. Being the first time having IiR in Kenya, Uganda and Tanzania, is an expression of interest from media start-ups in media incubation and acceleration services. As a centre, we are looking forward to helping these three teams in growing their media start-ups to fully grown media houses for the EA market,” said Dr Chege.

Taking note of the various applications, Dr Chege noted the vast interest in content generation by most innovators at 46% of the submissions while New Media came in second at 21%.

“During the sifting process, we found out most of the innovative ideas focused on content, mainly local cultural content and education/community training content on areas such as farming, climate change, technology, African history, employment and health. This is followed by New Media with applicants focussing on multimedia online platforms for a variety of media shows and content including on YouTube and news applications. Kenyans accounted for the majority of the applications at 71%, followed by Tanzanians at 21% and Ugandans at 8%,” added Dr Chege. “Last category we observed was on media houses. Generally, the applications within this broad category focused on innovations in areas of advertising, monetisation, distribution of content plus training and mentorship of journalists,” finalised Dr Chege.

Even as the residency program focusses its attention on the new 2020 cohort, there will be need to also focus on the other media start-ups existing within the region.

“Our mandate as a Centre is not just to focus on the residents but to also find ways and opportunities that will benefit the larger innovator community. This was re-emphasized during the sifting process where we noticed areas we could be of help such as trainings in pitching ideas to investors. For example, most of the applicants focused more on their ideas without explaining the viability of their ideas while some ideas were fairly less innovative. This a clear indication for training on how to articulate issues and keep the community members abreast on trends in the media that calls for innovation,” added Dr Chege.

The analysis of the applications was conducted with the aim of demonstrating the need for Media Innovation support in the region and a call to organisation, government and philanthropists to fund media start-ups in East Africa through grants, trainings and/or equipment purchases. The full analysis report can be found here (PDF download). 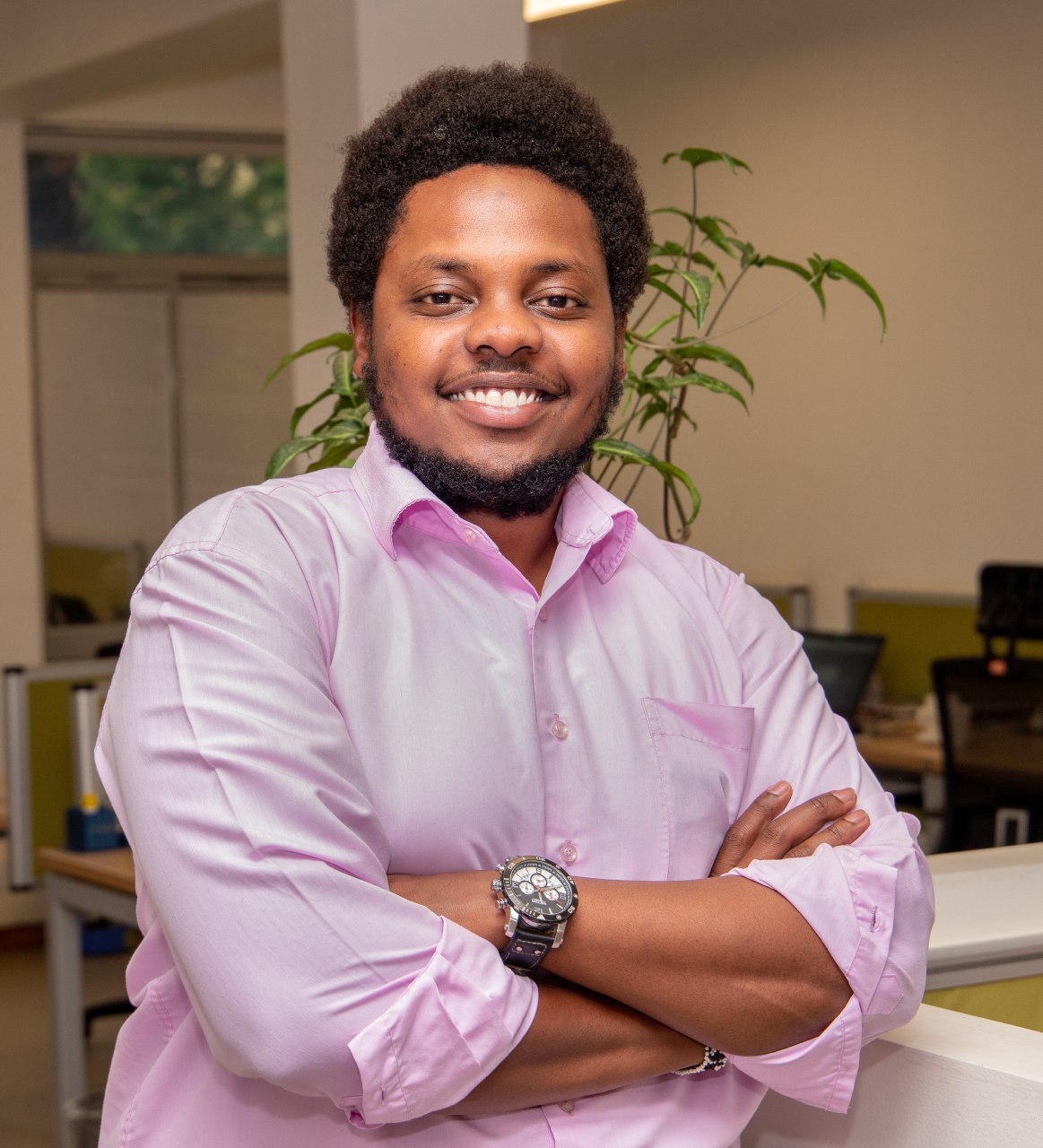 Caleb Chuma
Caleb is the Communications Officer at MiC.

EAST Festival 2022: Building an informed and thriving community through journalism

That’s why I think today is such a great space for us to sit back and reflect on the questions that could help us shape the kind of journalism that we want to see in our local and global community.

A team of young, Tanzanian tech-savvy communication professionals is dreaming big. It seeks to usher a new dawn in media business management in Tanzania by optimising employee output

Enact policies that guarantee education for all

As Form One students settle into a new life in secondary school, this has also been a period of reflection. We have read tear-jerking and heart-warming stories of determined students who overcame many odds to get an education and how well-wishers came together in their aid.

Good journalism does not come cheap

A free and independent press is the cornerstone of any democracy and the foundation of economic success, mostly because through our free press, we’re able to hold the leadership to account.

The three-day event, held simultaneously in Kenya, Uganda and Tanzania, was crucial in taking the teams through the necessary dos and don’ts as well as introduce coaches, trainers and mentors that will walk with them through the programme and curriculum.

Started in 2019, the MiC plays a significant role in mainly supporting the next generation of media entrepreneurs in Tanzania, Kenya and Uganda through trainings, mentorships and start-up grants to bring about media viability.

How to build and sustain a startup community

Our new talk series, #ConversationsAtMiC, seeks to explore and tackle issues, challenges, and opportunities within the media startup industry. The series aims to invite guests who would empower media startups to grow and develop further.

How to make journalism love us back

It is time for those in Kenyan media leadership to declare journalists’ mental health an industry-wide crisis. It is a fact that we like to sweep under the rag, but Kenyan journalists need a lot of psychosocial support.

Put in context, it is safe to argue that the plural media in Kenya could be in the business of reaching the audience and not necessarily serving this audience with public interest, local news.

The Hub intends to provide high-quality media support services such as co-working space, hosting events, and dialogues for media innovators who are intentional about creating solutions to journalism’s challenges.

The Innovators in Residence: 2021 Cohort kick off their residency trainings

Other than the grant, we saw it best to provide a vast set of trainings that will equip the founders with the necessary knowledge and skills to run their business.

Girls must grow up knowing that they can be presidents, engineers, CEOs, and we as a society must learn to be comfortable with women working in traditionally male-dominated professions.

I started a media company in 2019 not to break news, but to unbreak it

We must give context and background to audiences about what the news means to them or what it means to specific groups of people.